Building A Solution In Hong Kong 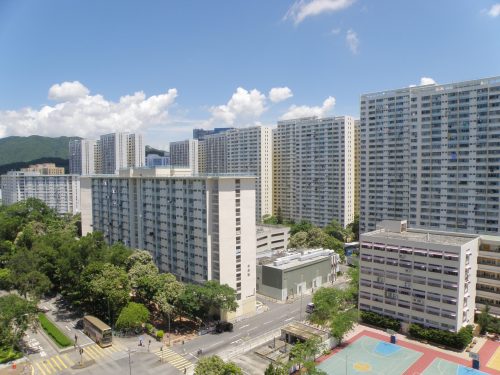 As the violence on the streets has escalated, both positions have hardened. Hence the possible significance of Chief Executive Carrie Lam’s references in her disrupted speech to open the new session of the Legislative Council about building more housing in the city and making it more affordable.

To this Bystander’s ear, that sounded like an attempt to shift the underlying cause of the demonstrations from the political to the social and lay some sort of foundation for a dialogue.

Affordable housing was a concern before the protests started. Measures to tackle the high cost of housing now being advanced such as a vacancy tax were being discussed previously. However, beneath the strident line taken by state media on the mainland that Hong Kong is a purely internal matter for China that will brook no foreign interference, the argument that housing is a root cause of the protest is being advanced.

Whether that will cut any ice with the demonstrators, especially the most hard-line who want political reform including universal suffrage, is a different matter. But even for moderates, it may at this point be too little, too late.

Lam has hinted at a future willingness to consider constitutional revisions, although reportedly she told EU officials privately that even discussing extending the voting franchise was not ‘feasible’ now. Getting the approval of Beijing for any political concessions to the demonstrators would look to be a more difficult task than lowering Hong Kong’s sky-high property prices.

One response to “Building A Solution In Hong Kong”