A Rubbish Protest In Wuhan 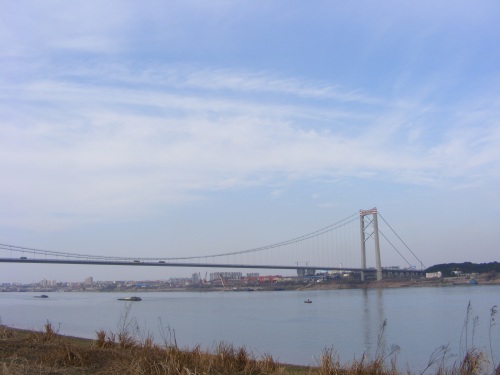 PUBLIC PROTESTS AGAINST construction of a waste incineration plant in Wuhan (above), capital of Hubei province, were of a larger scale and allowed to run longer than is typical before being expunged from the streets and censored from public attention last weekend. Beijing may have been focused elsewhere, but this kind of social protest will be no less concerning to authorities.

Not least because it happened in a city that embodies the change to China’s economy. Whether you are looking for the growing domestic consumption story, the move up the industrial value chain, urbanisation or, self-evidently, the environmental challenges narrative, Wuhan has a piece of it. It is also, by repute, an above average incubator if the countries business talent.

If the city is indeed the everyday face of modern China away from the razzmatazz of Beijing and Shanghai, then flagrant denial of authority is not a feature of the official description.

Wuhan has now reportedly put the project on hold, saying it will consult residents over their concerns of potential toxic pollution and a further addition to the stench already created by a waste landfill in the same district as the proposed incinerator.

Protests against pollution have been the one area of civic unrest that has flourished over the past decade, albeit to an extremely limited extent. A couple of years back a city incinerator plant project in Guangdong was scrapped but not before police had fired tear gas at protestors. This time around, the policing was less trigger happy but still harsh.

The Party remains vigilant against any prospect that an environmental movement might blossom into a political challenge to its monopoly on power. None the less two facts are inescapable. China is generating ever more rubbish, and its citizens are ready to push for more say over how it is disposed of, especially not in their own backyards.