ECONOMIC GROWTH IS expected to decelerate to 6.2% this year from an estimated 6.5% in 2018, and trend towards 6% thereafter, according to the new edition of the World Bank’s Global Economic Prospects.

The Bank cites weaker exports amidst elevated global trade uncertainty as the main cause of the slow down, although domestic demand is seen as remaining robust as policy boosts consumption. The impact of higher tariffs as a result of the US-China trade dispute, the Bank expects, will be offset by fiscal and monetary stimulus.

The risk is that propping up growth will slow the necessary work of deleveraging the economy.

As the Bank notes:

New regulations on commercial bank exposures to shadow financing, together with stricter provisions for off-budget borrowing by local governments, have slowed credit growth to the non-financial sector. However, in mid- and late 2018, the authorities reiterated their intention to pursue looser macroeconomic policies to counter the potential economic impact of trade disputes with the United States.

Four key charts from the report: 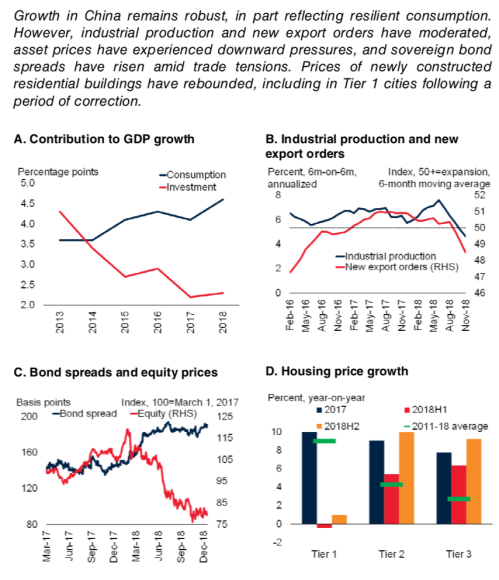 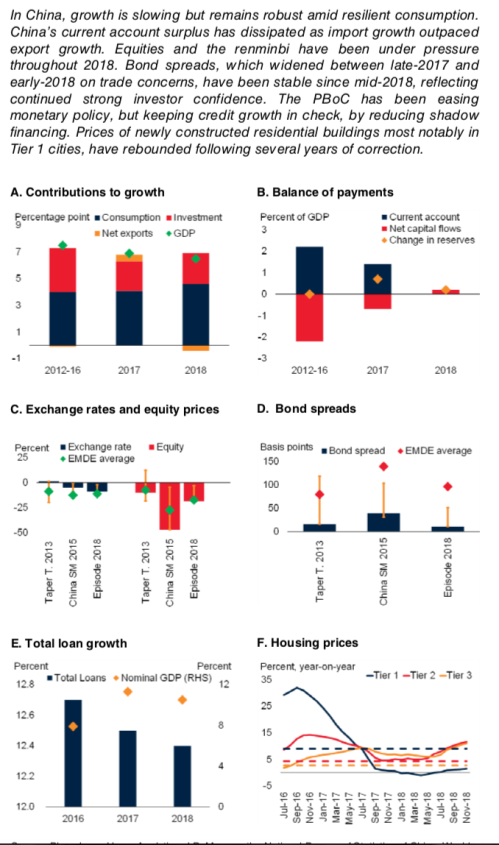