China Can Now Rattle Global Markets With The Best Of Them 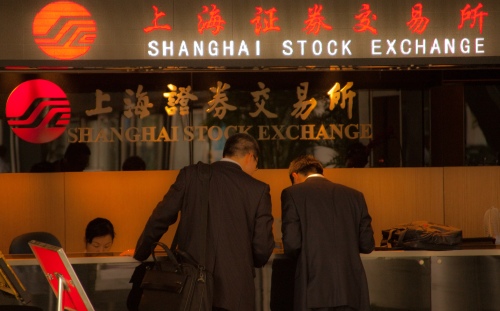 BOTH LAST YEAR and early this, global stock markets were fazed by a sharp fall in prices on the Shanghai and Shenzhen exchanges. Chinese equity and currency movements are having an increasing impact on investors everywhere. A new working paper published by the Bank for International Settlements, ‘the central bankers’ central bank’, suggests that China’s influence in this regards is rising to the level of that of the United States in some circumstances.

Market moves in China no longer reverberate just in Asia, the authors argue. However, the growth of financial and economic linkages within Asia raise questions about the pace and extent of financial market spillovers in the region and whether there are substantive differences in those flowing out of China to those from the United States.

Empirical study is only starting in this area, though the anecdotal evidence of the effects of financial market shocks is growing steadily. Chang Shu and her colleagues in the bank’s Monetary and Economic Department conclude that China’s influence in this regard has been growing significantly in recent years. This is especially true of equity and currency movements, as increasing financial linkages supplement extensive trade ones established by China’s central position in Asian supply chains.

A working paper from the IMF published last month came to a similar conclusion.

However, that has not diminished the importance of the United States, which also has impact across all asset classes including bonds, and particularly at times of market stress. China’s global financial linkages, though growing, remain modest compared to the United States’ not least because China’s capital account is not fully liberalised. Chinese monetary policy is nowhere near as potent a driver of global liquidity as the US Federal Reserve’s.

For investors, the implication of the work is that diversification of portfolios through Asia investment is becoming less effective at mitigating risk because Asian market movements are now driven by external factors to a greater degree than before.

For regional policymakers, the findings pose the challenge that yield-seeking capital flows to their country (and their exit) will be driven by developments in both Chinese and US financial markets, often in a mutually reinforcing way that could undermine macroeconomic and financial stability in vulnerable economies. It will likely take the emergence of intraregional institutional investors to weaken that linkage.